In its recent decision of 20 October 2016, the Supreme Court of Lithuania gave its opinion on two important issues linked to the interpretation of the Brussels II bis regulation.

Firstly, it rebutted the arguments typically used by Lithuanians living 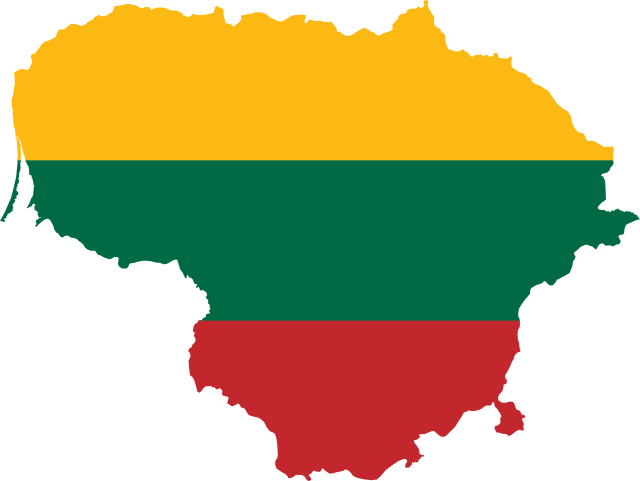 and working in the UK or Ireland for several years and claiming their habitual residence is still in Lithuania. Secondly, in its interpretation (which is binding upon all the courts of Lithuania), it corrected the official translation of the Article 12 (3) of the Regulation Brussels II bis which was not in line with other language versions of the Regulation, case law of the Court of Justice of the European Union (CJEU) and the doctrine.

The mother was in relationship with her partner (they were not married) since 2007 and in 2011 a daughter was born. The partner was not officially registered as a parent of the girl, he denied his paternity and did not support the girl financially. Both adults and the girl are Lithuanian nationals living in Ireland.

In 2016, the mother submitted a claim to the Lithuanian court seeking (i) to establish that the partner is the girl’s father; (ii) maintenance to be paid by the partner and (iii) establishment of the girl’s residence with her.

Decision of the court of first instance and appeals: discussing habitual residence

The Court of first instance ordered medical expertise that established that the partner is indeed the biological father of the girl. The Court, however, denied competence on all the claims on the ground that all parties were habitually resident in Ireland.

The Court of appeal also agreed with the findings of the Court of first instance. It noted that the mother, with whom the child lived, is renting an apartment in Ireland, pays apartment’s utility costs, permanently works in Ireland since 2010 and receives social assistance there. According to the Court, the fact that the girl is not attending school or kindergarten in Ireland, is taken care by a nanny and has, as the mother claimed, no social connections with Ireland, does not change the fact that the girl lives in Ireland since birth.

In her application to the Supreme Court of Lithuania, listing the typical arguments of Lithuanian expats, the mother tried to persuade the Court that she and the girl should be considered as habitually resident in Lithuania. She claimed that both have citizenship of Lithuania, she still officially declares her place of residence there, owns real estate and visits Lithuania pretty often. Moreover, argued the mother, their residence in Ireland is based solely on economical reasons and does not mean that their centre of interests is there, while her future plans are linked to Lithuania.

The Supreme Court of Lithuania, however, did not accept this position, ruling instead that the mother and the child are clearly habitually resident in Ireland. The Court firstly compared the notion of habitual residence as an autonomous concept of EU law (referring to the CJEU case law) with the concept of permanent residence (‘nuolatinė gyvenamoji vieta’) known in Lithuanian law. The Supreme Court considered that there are no substantial differences between the two concepts, moreover, added the Court, the concept of habitual residence used in Maintenance regulation, should be interpreted similarly as under Regulation Brussels II bis.

The Supreme Court then reiterated all the arguments listed in the decisions of the Court of first instance and the Court of appeal, agreeing that all of them are relevant and legally important when establishing habitual residence. In addition, it noted that the courts of lower instance should have also taken into account the citizenship of the mother and the girl, ownership of real estate in Lithuania as well as the claim of the mother that she and the girl return to Lithuania often. However, admitted the Supreme Court, this would not have changed the final decision as to habitual residence.

Possibility of prorogation of jurisdiction

The Supreme Court of Lithuania subsequently proceeded investigating whether prorogation of jurisdiction is possible under Article 12(3) of the Regulation Brussels II bis.

Article 12(3) of the Regulation provides that the courts of a Member State shall also have jurisdiction in relation to parental responsibility where: (a) the child has a substantial connection with that Member State, in particular by virtue of the fact that one of the holders of parental responsibility is habitually resident in that Member State or that the child is a national of that Member State; and (b) the jurisdiction of the courts has been accepted expressly or otherwise in an unequivocal manner by all the parties to the proceedings at the time the court is seised and is in the best interests of the child.

The issue that was brought to the attention of the Supreme Court of Lithuania in this case was the official translation of the Regulation into Lithuanian language.

In the Lithuanian version the wording of Article 12(3) of the Regulation allows to believe that the conditions in paragraph (a) and (b) should not be seen as cumulative conditions, but rather as alternative ones, since the connecting word that is used in the official text is “or” (“ar” in Lithuanian). Being doubtful of the correctness of such construction, the Supreme Court considered necessary to verify such translation with the other official versions of the text. The Court went through all the other official texts of the Regulation and find out that they all used “and” as a connecting word, thus making the conditions in (a) and (b) cumulative. Afterwards, the Court proceeded by looking into jurisprudence of the Court of Justice of the European Union (case L. v M., C-656/13) as well as doctrine (Ulrich Magnus/Peter Mankowski (eds.), Brussels II bis Regulation), where it also found uncontestable proof that the conditions of the Article 12(3) of the Regulation should be seen as cumulative, and not as alternative ones.

Therefore, the Supreme Court of Lithuania confirmed that, despite official Lithuanian language version of the Regulation, the prorogation of jurisdiction under the Article 12 (3) of the Regulation is possible only once all of the conditions are present: (i) the child has substantial connection with that Member State; (ii) there is an agreement of all the parties to the proceedings; and (iii) such prorogation is in the best interests of the child.